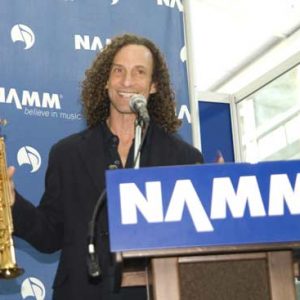 Kenny and I did several trade shows around the world to introduce the Kenny G line of saxophones… NAMM in the US, Shanghai in China, Korea … they were a lot of fun…. 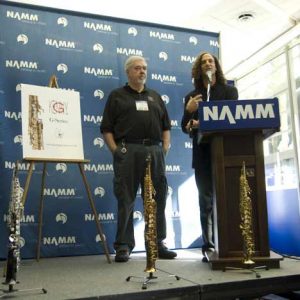 Kenny and Rheuben introducing his saxes at NAMM 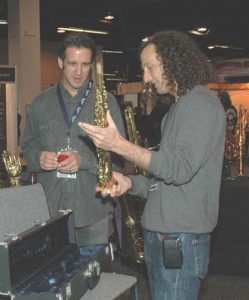 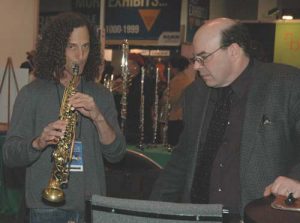 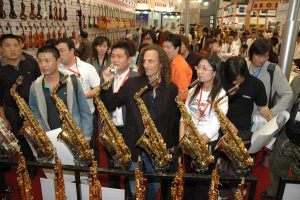 Kenny with fans in Shanghai when we introduced his saxophones 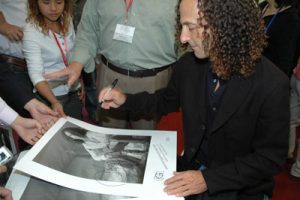 Kenny signing posters to fans at the Shanghai Show 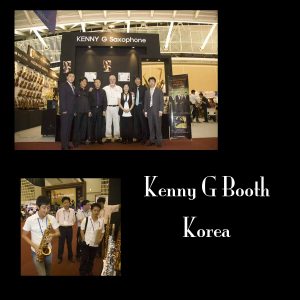 Here I am with the Kenny G Saxophone booth in Korea

*We no longer sell to dealers since so many of our saxohones have been copied and sold by the Chinese to dealers… the only way to gaurantee you get a real Kenny G Saxophone is to purchse them form one of our few dealers in the US….. www.kennygsaxophones.com, directly from Kenny at one of his shows, www.kdimusic.com